The Indian workforce is highly stratified and segmented. A strong vetting system of key indicators of skills training is tremendously valuable for policymakers when formulating effective training programmes catered to specific population needs. In Part 1 of this article, we talked about the urban-rural differences, employment, and state wise split. In Part II, we will examine the degree of formality in apprenticeship as well as NATS split and ITI split.

A big chunk of employment in rural India is in the unorganised or informal sector which come with associated risks such as no protection by labour laws, absence of health & safety concerns, no minimum wage guarantees etc. One of the primary aims of policy makers in skills training should be to identify states and regions with large swathes of informal workers and intervene with targeted skills training measures to bring them into the formal workforce.

The State of India Working 2018 report found extremely low levels of formal workforce participation in Bihar and Jharkhand. On the other hand, the North-eastern states fare much better with above average levels of formalisation.  Contrary to popular perception, states from the South, other than Kerala, fall behind states such as Maharashtra and Gujarat in degree of formality. 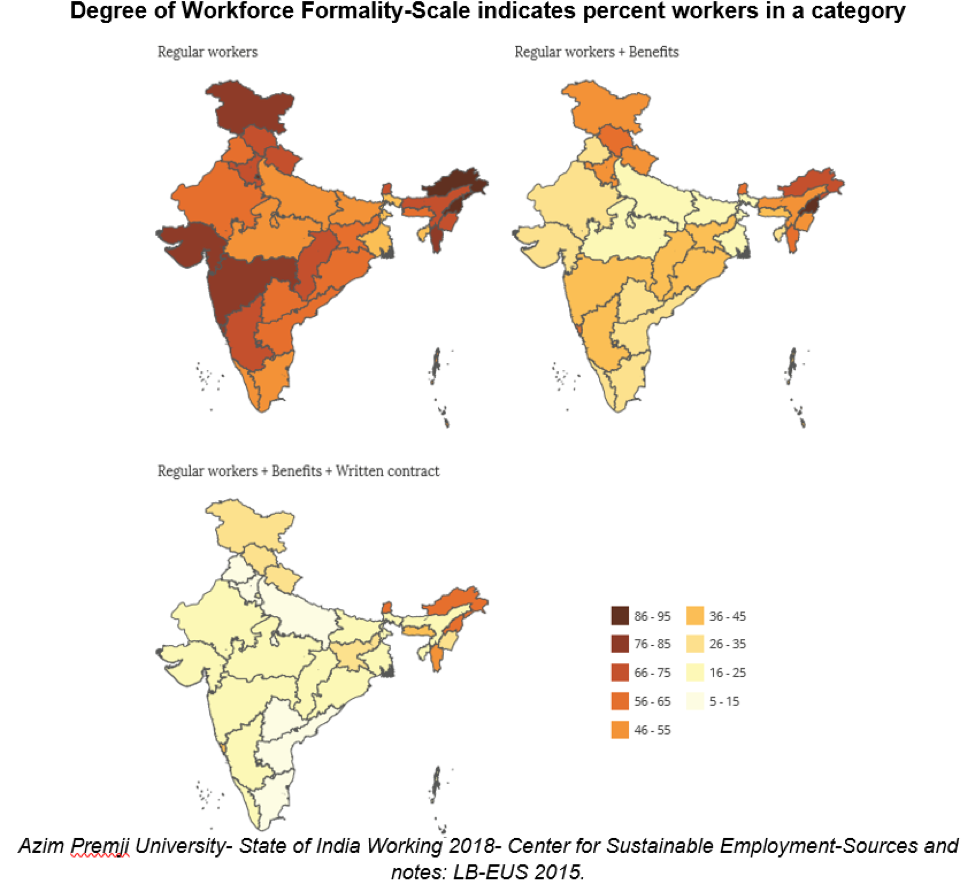 These figures are across state, central and private sector vocational and apprenticeship programs under the purview of the BoPT for that particular region. Surprisingly, although the number of ITIs- a major source of training- is the highest in the North and steadily increasing (next section), it has not translated into any significant skills training through the apprenticeship route. The seating capacity split of ITIs per region as of April 2016 was:[ii]

Admittedly not all seats are for NATs, and the exact percentages are not known, however given the central role of ITIs in skills training significantly higher numbers can be expected which is not reflected in the above table. The reasons for low availability of seats and enrolment across all regions for NATs are elusive, pointing to the need for a more robust vetting system between BoPTs and ITIs to understand causes for such a severe mismatch. 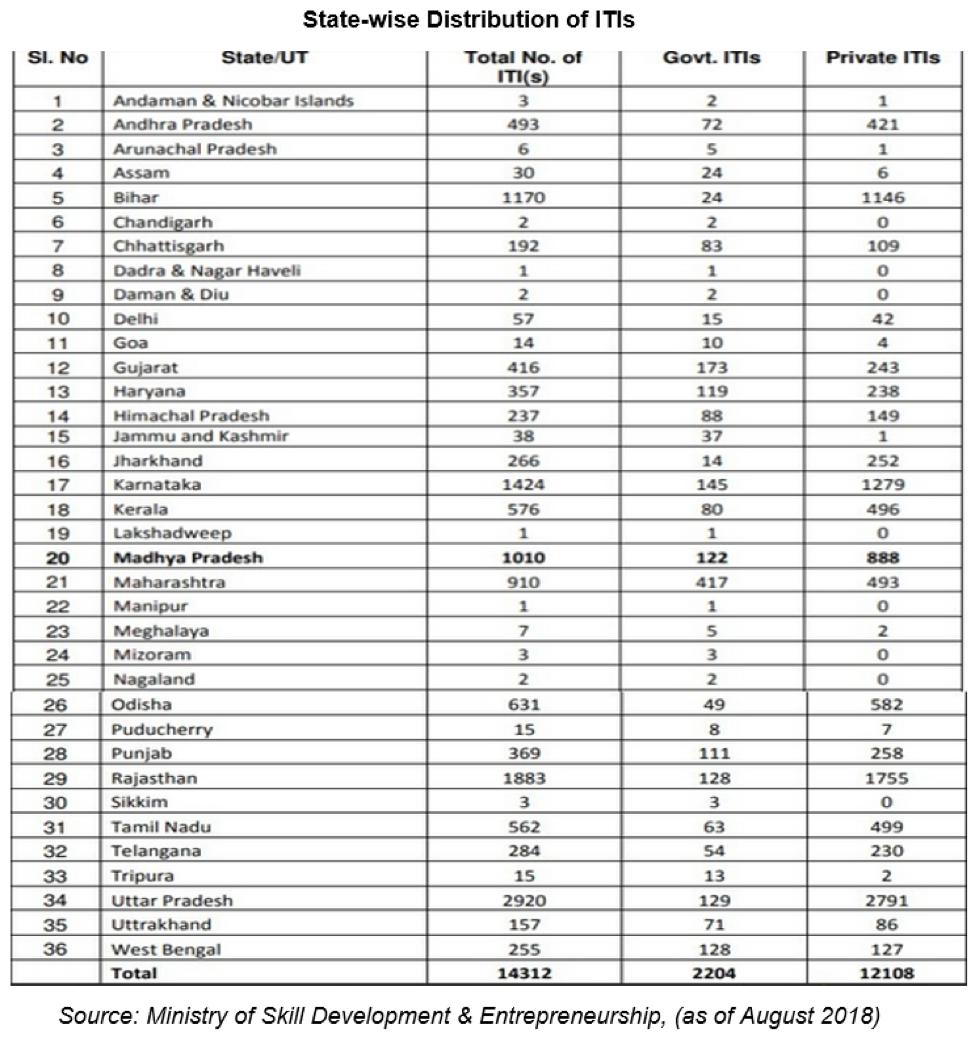 Based on a training needs analysis 69 new government ITIs have been planned of which 22 will be in the North-eastern states, and 47 new ITIs in 47 districts affected by left wing extremism. Bihar and Chhattisgarh are to receive 9 ITIs each, Jharkhand 16, Orissa 6 with other states (Andhra Pradesh, Telangana, Madhya Pradesh, Uttar Pradesh, West Bengal and Maharashtra) receiving 1-2 ITIs each.v

A robust national vocational training system requires continuous mapping of several markers at various levels (regional/state etc) for improved forecasting, planning and matching skills training to jobs based on parameters such as type and demand. The responsibility lies with numerous stakeholders- state/regional agencies, training providers- to feed information to policy makers to funnel resources, strategy and funds where most needed.

i. ILO Toolkit for Quality Apprenticeships Volume I: Guide for Policy Makers, October 2017

0
The new National Education Policy recently announced by the Government of India has set off a series of discussions and opinions on...
Read more
Articles

0
The state government for Andhra Pradesh has announced that from the coming academic year that students will be required to complete the...
Read more