Home Articles Educated Unemployed - What Will 2020 Be for India's Youth?
ArticlesCareer and employmentResearch 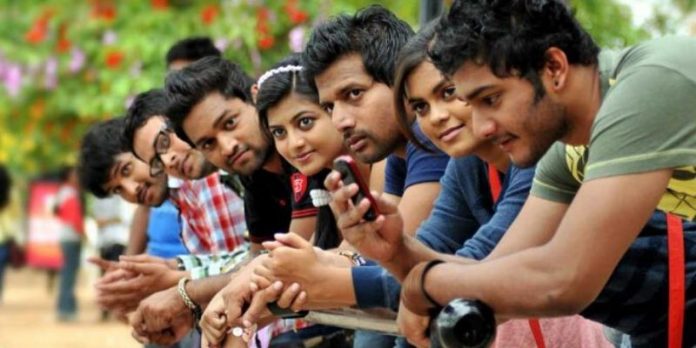 A strange paradox is playing out in India’s workforce. The higher the educational attainment, the more onerous it gets to land a job.

India’s Employment Crisis: Rising Education Levels and Falling Non-agricultural Job Growth, co-authored by Santosh Mehrotra and Jajati K Parida, reports a highest-ever unemployment peak of 8.8% in 2017-18, up from 3% in 2011-12. Most disconcertingly, joblessness among educated youth went up nearly 2X from 6.1% in 2011-12 to 17.8% in 2017-18 across the board.

The paper further reveals that technical degree holders fare the worst, with joblessness hitting this category at 37.3%. Post-graduates and above come a close second at 36.2%, followed by graduates at 35.8%. Youth with formal vocational skills are next at 33%, failing to augur well for an already abysmal vocational skills rate of 3%-4% of the country’s total working population, in sharp contrast to 50%-80% in developed countries. This is even as massive flagship skills training and development schemes have launched with much gusto in the country since 2014-2015 in parallel with the Skill India and Make in India national campaigns.

The overall effect paints a much-disheartened picture of millions of hapless educated youth staring at rising unemployment levels on the back of non-aspirational non-agricultural jobs and a severe academia-industry delink.

A pressing urgency in skills training and development integrated with mainstream education is increasingly being felt as the veritable silver bullet to spur the creation of more and better jobs.

Does India’s education sector cater to youth aspirations for skills and jobs? Seeking an answer, the World Economic Forum and the Observer Research Foundation undertook a survey of over 5,000 Indian youth.  A thumping 76% of youth expressed being very interested in a skill development programme, with one in three young Indians also interested in entrepreneurship. Willingness to pursue higher education was also found to be high. Overall, the key motivational factors were better employment opportunities and increased wages.

The main hurdle stated was a lack of awareness and information. Youth simply do not know what jobs and skills are or will be in demand. The information skewness stems from within the education system with little career guidance- 51% of surveyed youth reported unavailability of information on best-fit skills to jobs as their biggest barrier. Non-existent mentorship or apprenticeship opportunities were reported by 30% of youth. The latter was singled out by 44% of respondents as the fundamental reason for the demand-supply misalliance tripping youth up.

Also Read: The Here and Now of the National Apprenticeship Promotion Scheme

Boasting the third-largest higher education system in the world with 993 universities, around 10 million degrees are awarded by Indian institutes annually with 65% going to undergraduate students.

Yet another survey, from Kotak Institutional Equities has found similar grave numbers to the earlier stated report. “Unemployment rate is highest among youth with education until diploma (37%), graduate (36%) and postgraduate and above (36%), suggesting the lack of opportunities for a higher-skilled workforce,” it states.

Why is this? For all the zest and zeal for higher education degrees, in real terms, very little useful knowledge, vocational and life skills, or workplace relevant technical or soft skills are being taught.

Even so, the gross enrolment ratio in higher education saw an increase from 19.4% to 25.8% between 2010 and 2018, further aggravating the education-skills-jobs misalignment crisis. Are we letting down generations of youth who are steadfast in their belief that higher education will lead to decent work? Evidently yes, as played out time and again in recruitment drives across the country. Around 63,000 jobs requiring high school diplomas in the Indian Railways received 19 million applicants comprising mostly graduates and engineers. And a lack of aspirational jobs pushed tens of thousands of postgraduates, graduates and thousands of PhD holders to apply for the post of 62 peons in the UP police force.

No less than 97% of India’s youth clamber for a perceived high value higher education– and 84% believe a post-graduate degree is their ticket to an aspirational job. Are these degrees really worth the years of grind? Does Indian education deliver a return on investment if one were to judge by salary prospects on graduating vis-à-vis monetary commitments such as fees paid, loans taken, etc.

Let’s take an example of the state of engineering degrees- a highly sought-after discipline. Leaving aside the top tier engineering institutes, the top 20 percent of vocationally skilled candidates trump the bottom 20 percent of engineers with the salaries they command.

There is much to think of here. Education needs serious syncing with employability. Run-of-the-mill degrees clinging on to tutelage of yesteryears continue to render youth irrelevant to the world of work. Multi-modal approaches such as apprenticeships and workplace skills training have to be integrated into mainstream education- to make Indian students life-long learners to fix the scourge of unemployability.

The current situation is a double-edged sword. A large chunk of youth is in limbo and out of the labour market on account of a lack of appropriate jobs and irrelevant or non-existent skillsets. But Indian youth also represent an economic powerhouse- an unparalleled ‘demographic dividend’ where 54% of the total population is below 25 years of age. As we enter 2020, India will become the youngest country in the world.

There are no ifs or buts. Skills training and vocational education must go hand-in-hand with mainstream education which in itself must become multi-dimensional to allow young minds to become lifelong learners. ‘Skills’ and ‘Employability’ must become the new pathways to pave out a new Indian education of greater value.