This is a continuation from Part I of our series on the above named ILO report.[i] Here, we examine the remaining five of the 10 Action Points of the G20 Initiative to Promote Quality Apprenticeship. 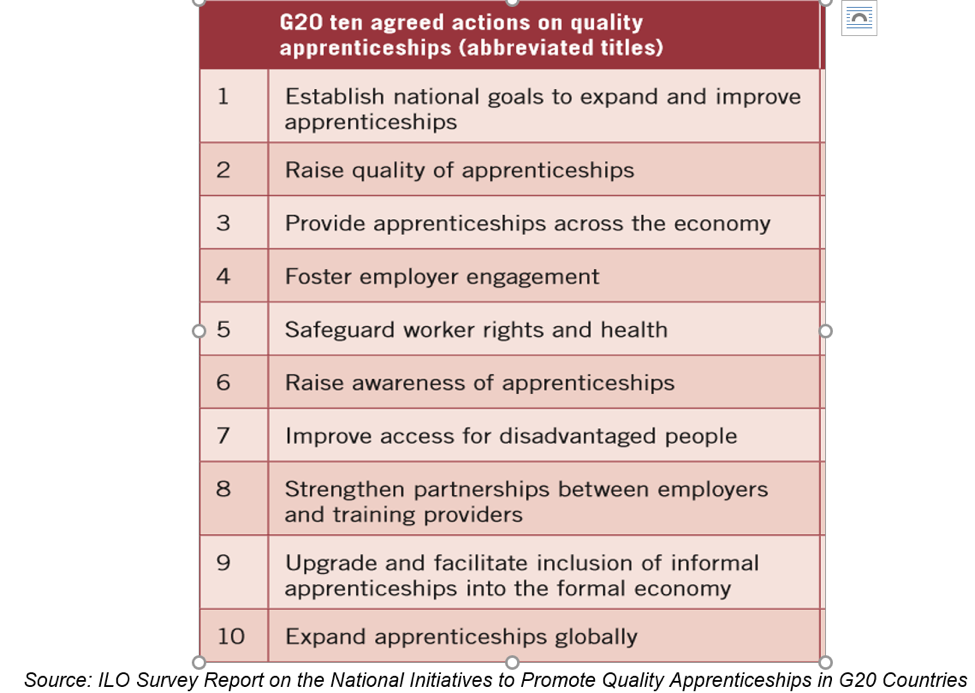 6. Raising the awareness of apprenticeships

Most governments surveyed are actively involved in raising awareness of apprenticeships among four target groups- businesses, career counsellors, jobseekers and the general public. But, personal visits and approaches do not appear to feature high. The exception is the U.K which has a dedicated approach of awareness building for each of the four target groups.

The MSDE reported using dedicated apprenticeship websites, events, leaflets and newspaper advertising. We feel a lot more can be done to ramp up awareness building efforts. For instance, SMEs have specific needs and require a dedicated hand-holding service to navigate the nitty-gritty of the apprenticeship ecosystem. Similarly, career counseling in schools appears to be a key way to target influencers such as teachers and parents.

A generalised approach to awareness building often does not deliver. At a recently held NETAP-India Apprenticeship Forum event a participant pondered, “We thought with the (Apprentice Act) reforms we are well poised to move ahead and to see that industry actually evangelizes apprenticeships. Unfortunately, in the last 3-4 years either we have not been able to communicate the reforms or we have not been able to build the confidence where industry feels it is now time for them to take up apprenticeships. Or there is some information asymmetry in the market.”

Disadvantaged groups include indigenous people, those from economically backward sections, persons with disabilities and in some cases, women. These groups are commonly provided financial support and mentoring in pre-apprenticeship training to strengthen the chances of program completion. 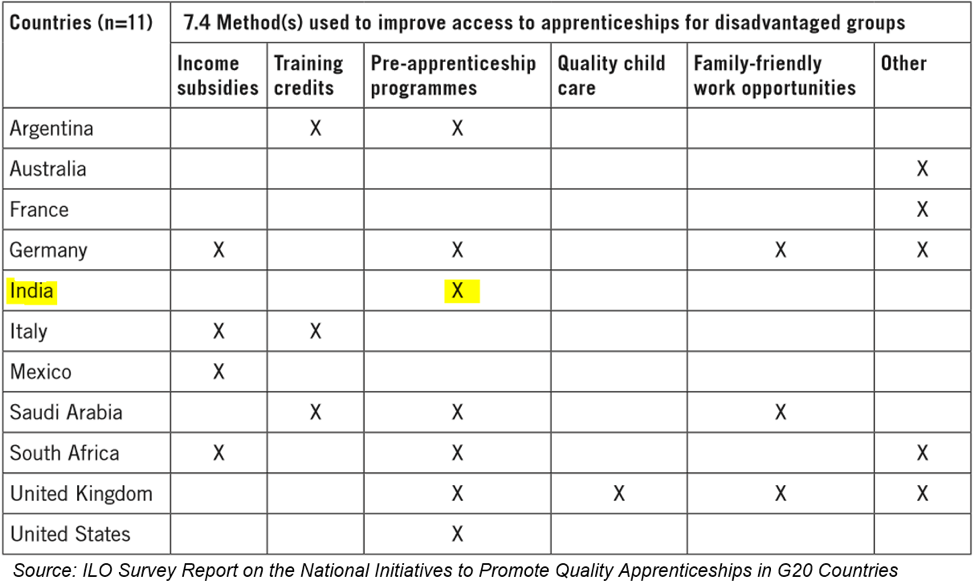 The MSDE cited a general approach to building linkages between enterprise and vocational education providers through skills councils or centralised curriculum development initiatives. Our takeaway is that industry needs to be at the helm of curricula design and implementation. A common criticism of skilling initiatives in India is that it is often disjointed from industry demand leading to a severe skills-jobs mismatch. The National Skill Development Agency and the National Skill Development Corporation have in recent years ramped up efforts to engage industry. However, businesses need to be more heavily involved in, 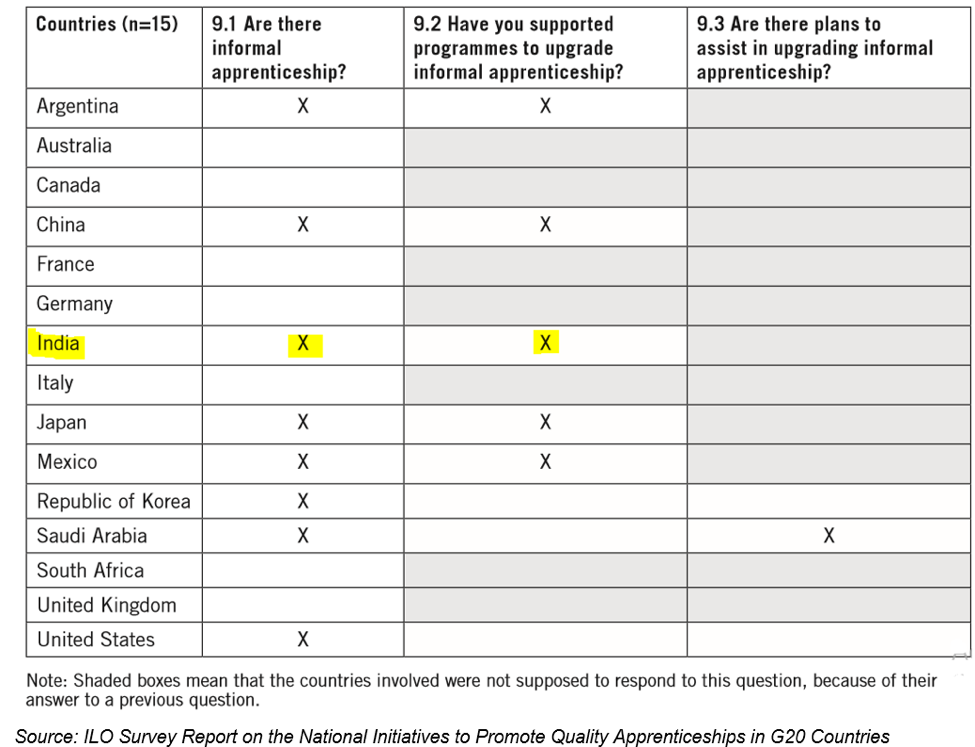 Notwithstanding the inroads made by the Indian government in flying the apprenticeship flag high, we propose a movement from a generalised approach to more targeted interventions catered to specific groups- vocational education and training providers, different industry groups (SMEs, large firms), career counsellors, youth, and relevant skilling related social groups, in areas such as:

In Part III we look at the influence of other key stakeholders of apprenticeships- employer and worker groups- on the Ten Actions of the G20 Initiative to Promote Quality Apprenticeships.

0
To keep a pool of skilled labour, who are coming from Gulf and other countries ready, National Skill Development Corporation has started...
Read more
Articles

0
The crisis of youth unemployment – especially educated unemployment – has become a major area of policy concern, one that has been...
Read more
Articles

0
Looking at the conventional education system and the emerging relevant job roles as of today, there is definitely a huge skill gap...
Read more

COVID-19 will change the way we work and learn: NSDC MD...

Why undergraduate courses need to teach skills to help graduates get...