Home Articles Is Education The reason Women Are Disappearing From India's Workforce?
ArticlesNews

Is Education The reason Women Are Disappearing From India’s Workforce? 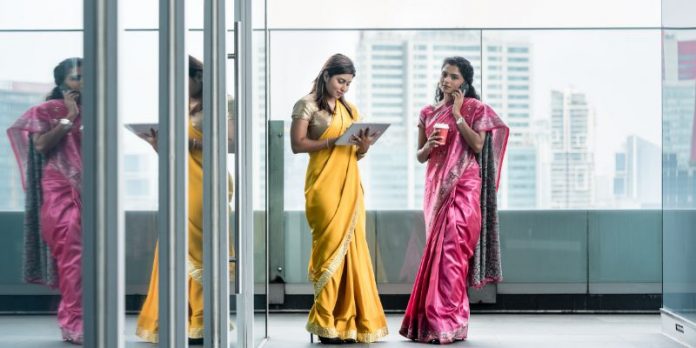 Indian women (and girls) are more educated than ever. The school enrolment numbers suggest that women and girls are staying in school longer. The data also mentions that women are dropping out of the country’s workforce at an alarming rate. An estimate suggests that in 2020, only 15 percent of India’s youth entering the labour force will be female. This is not just a blow to gender diversity in India’s workforce but will also severely impact the country’s GDP with a significant number of the employable population deciding not to work.

Also read: Women from a village in Andhra Pradesh join the fight against COVID-19 by stitching PPEs

According to a World Economic Forum project, closing the nation’s skills gap could add US$1.97 trillion to India’s GDP by 2028. Thus, the economic implications of India’s youth being unprepared for the modern job market to make updating education and adding skilling programmes an urgent need.
Read more.

0
Nagaland government has launched a skilling programme for returnee migrant workers. They will initially train 100 people who had to come back...
Read more
Articles

0
The MSDE and the High Commission of Australia have agreed to collaborate to improve skill training in both countries. This is an...
Read more
Articles

0
A recent survey shows that 54% of employers are having trouble getting skilled people while hiring. It’s easy to get qualified people...
Read more

Positive effects of skilling in the rubber industry

AP ties up with UiPath for skill development of the Youth