Home Articles Getting an Apprenticeship Program Off the Ground - A Toolkit for Employers...
ArticlesCareer and employmentEmployer ArticlesPolicy

You have figured out the advantages of an apprenticeship programme for your organisation. How do you go about starting one? What options, assistance and benefits does the government provide?

The types of apprentices, what they entail and the ministries responsible for their implementation can be a big blur given the various paths available and changes at different points of time. We have demystified and unravelled some of the key elements around apprenticeships in India to help your establishment embark on its apprenticeship journey.

What Are Your Options 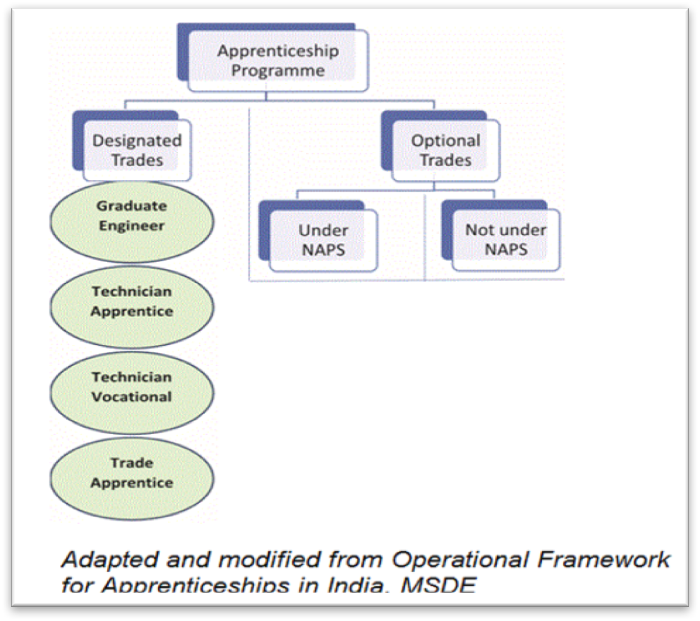 What is the Apprenticeship Framework?

Guidelines issued by the MSDE in February 2018 and May 2018 have put across a new implementation structure for administering the different apprenticeships available. Responsibility has been split as follows:

What is the National Apprenticeship Training Scheme (NATS)

NATS is based on the Apprentice Act (1961) to impart vocational training to fresh graduates, diploma holders and 10+2 vocational pass-outs.

The Apprentice Act (1961) has undergone several amendments over the years to improve on clauses and mandates considered rigid and industry unfriendly. The most recent change in 2014 have brought about much more clarity and welcome changes based on recommendations from various stakeholders. In essence much more power has been shifted to employers. We capture the main points: 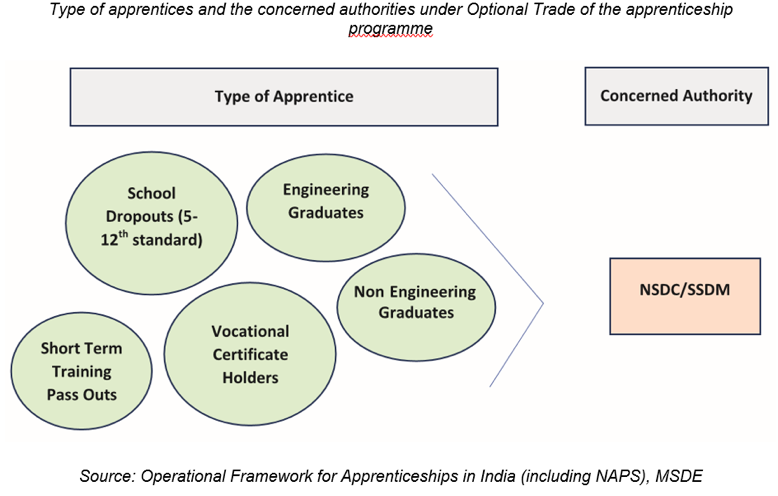 Changes in the definition:

What is the National Apprenticeship Promotion Scheme (NAPS)

To boost the NATS and incentivize more employers to join its mission on skill building the government launched the NAPS in 2016.  NAPS has a tall ambition of training 5 million apprentices by 2022. NAPS covers all categories of apprentices except the Graduate, Technician and Technician (Vocational) apprentices which are administered by the Ministry of HRD.

In Part II, we will cover the following heads.