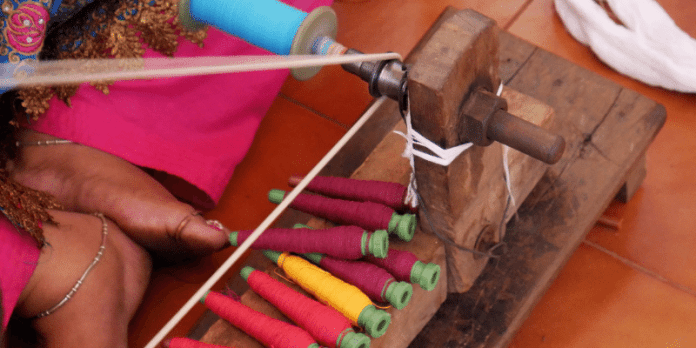 The 8th National Handloom Day was observed by the Department of Handicrafts & Handloom in Kupwara. The event’s main guest was Khalid Jahangir, Deputy Commissioner of Kupwara. Weavers, craftsmen, department officials, and the assistant director of handicrafts and handloom were in attendance as well. In his speech, the Deputy Commissioner urged the weavers and artisans to use their skills and trades as a source of income. He claimed that the district administration’s collective forces had led to the certification of weavers and artisans by the NSDC. Furthermore, he promised that other skill development centres will soon be built to serve District Kupwara’s untapped areas. He noted that the handicrafts and handloom industries had a long history of giving thousands of people reputable means of subsistence. He urged the general public to support this industry by buying handcrafted goods from regional weavers.

NSDC partners with MSDE; kickoff to a skill boom

In collaboration with the New Delhi Municipal Council, the National Skill Development Corporation (NSDC), the Ministry of Skill Development and Entrepreneurship’s (MSDE) strategic implementation and knowledge partner, has launched a project to identify the prior skills of 75,000 people between the ages of 18 and 45 and train and develop them (NDMC). The programme will be implemented by NSDC and sponsored by NDMC and SANKALP (a World Bank project under MSDE). The workers will receive training in a variety of crafts, including ceramics, electrical work, plumbing, and construction. They will gain new technical skills as well as be exposed to corporate and digital literacy prospects. Vinai Kumar Saxena, Lt. Governor of Delhi, citing Prime Minister Narendra Modi, stated that all involved parties should work together to achieve this aim. There is a critical need to raise craftsmen and workers to boost their relevance in the unstable labour market.

Generation India receives the ‘NGO of the Year Award

The pioneer non-profit organization, “generation India’ has achieved the ‘NGO of the Year award in the 5th Edition of the Corporate Social Responsibility Summit & Awards 2022. Arunesh Singh, Chief Executive Officer, Generation India, commented on this recognition as a motivation to go forward with the ultimate aim of improving global employment outcomes. The issues of worldwide unemployment, which have been made worse by the epidemic, have been quickly modified by ‘generation’. Over 60,000 Generation alumni have graduated to this point from 16 different nations. To promote higher quality skilling, better employment, and retention outcomes, Generation India recently unveiled Project AMBER in collaboration with the National Skill Development Corporation (NSDC) and the Ministry of Skill Development and Entrepreneurship (MSDE).

NSDC to partner with foreign universities: A significant step to skill upliftment

The National Skill Development Council (NSDC) intends to work with overseas universities to create the Skill India learning management technologies and advanced programmes. According to Ved Mani Tiwari, the NSDC’s chief operations officer and acting chief executive officer, FE Education Online. He strongly believes that the organisation wants to use this platform to facilitate skill development. The online platform will also provide learners with work prospects. To launch skill-based training and courses across India, NSDC has launched several programmes and worked with universities such Indian Institute of Technology (IIT) Mandi, Medhavi Skill University, and the Indian Space Research Organisation (ISRO), among others. To significantly broaden the breadth of learning for its courses, NSDC intends to bring in new online partners.