Barriers to Engaging in Apprenticeships – The Employer Perspective

The Indian MSME (micro, small and medium enterprise) sector is a huge untapped market for apprenticeships. The Fifth Economic Census estimates 20,62,124 MSMEs in the country with 6 or more workers. If each establishment engages even one apprentice, the MSME sector can generate 20 lakh apprentices.

The dearth of reliable data on apprenticeship make-up in the country by industry/sector/company-size/type etc makes it difficult to gauge the exact absorption of apprenticeships by MSMEs in the country. But given that India has a dismal 1 apprentice to every 1000 in the workforce[i] the general picture is far from optimal. Again, in the absence of any comprehensive study on what could be stopping MSMEs from taking on apprenticeships, we can only hazard a safe guess based on international data which applies to most apprenticeship systems in the developmental stages. 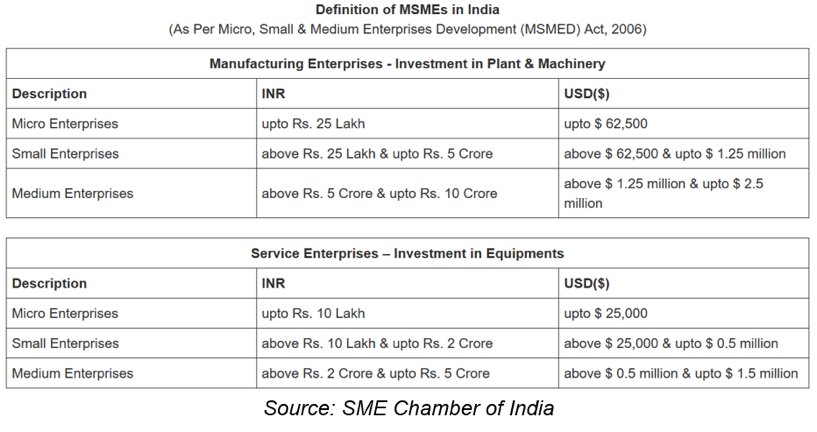 Which leads us to the common barriers or constraints reported by employers from smaller enterprises in engaging in a country’s apprenticeship system. In no particular order of priority:[ii] [iii]

Perceptions of time constraints are another major barrier for employers willing to engage in apprenticeships. Contrary to larger organisations who have the benefit of dedicated HR functions, MSMEs typically lack specialist staff or resources to allocate to activities such as liaising with government agencies, training providers, recruitment of apprentices, designing a training programme, dealing with administrative requirements such as documentation and paperwork, advice on specialist employment legislation, arranging an in-house mentor etc. As stated by some employers:

‘The barriers to involvement are] only time, nothing else.  I think as we are such a small setup, that… You know, I’m responsible for the payroll and it’s not just staff training, I’ve got to do everything..’ iii

Keeping abreast with changes in the apprenticeship system such as regulation, policy, industry developments, labour market conditions etc is another demand on time for smaller organisations already stretched thin.

‘To me it is a timeframe thing, I want to be involved and I want to speak to the assessors and things like that.  But with regards to changing the framework and all that, I haven’t actually got the time to sit down and have these meetings and say, “Look at this, look at that”.  Because I’m managing on a daily basis and that is my priority.’ iii

A disconnect with local stakeholders in yet another significant barrier for employers. As seen from our own readings on effective apprenticeship systems, local participatory frameworks involving local government representatives, employer and trade unions, chambers of commerce, training providers etc are key to realising the ambitions of national schemes. A policy or mandate developed by a central government cannot reach the nooks and corners of the country and make a sizeable impact without decentralisation and devolution of powers to local stakeholders.  In the absence of local participation and engagement most employers would feel:

‘We were out the loop, you know, we were never given a phone call, we’ve never been asked a question…’ iii

Similarly, smaller enterprises feel that support from an apprenticeship ecosystem to larger employers is more due to a ‘louder voice’ and strength in numbers and resources that their larger counterparts come equipped with. This tends to make MSMEs withdraw from actively seeking participation unless similar enthusiasm and interest are shown towards them.

For example, business needs of smaller enterprises and how they go about advertising vacancies can differ from those of larger organisations. A national body would not have the local knowledge or networks to engage with local employers. Hence local stakeholders must be used to bring local employers to the table to discuss, design and deploy suitable plans for skills and employability based on local circumstances. Building such kinds of links with local businesses should be a key mandate for policymakers and governments.

Additionally, there is also a certain amount of responsibility that larger enterprises can shoulder to engage directly with MSMEs. Businesses in the same sector or industry can collaborate wherein large firms support smaller ones in their supply chain by taking on more apprentices or sharing of networks and resources to make it possible for smaller firms to access suitable talent.

An onerous apprenticeship system requiring employers to adhere to various legislative, regulatory and process heavy requirements can be a major roadblock for smaller enterprises who are already resource constrained.   A system burdensome with paperwork, reporting, confusing service standards, duplication of processes etc becomes a de-motivating factor for enterprises who just do not have the time or resources to deal with such additional and in most cases unnecessary obligations.

Let us take a quick look at some of the industry friendly changes that were brought about by the 2014 amendments to the Apprentice Act (1961) to reduce or eliminate some of the constraints and barriers to employers. In essence much more power is now in the hands of employers.

Looking to the Future

Smaller enterprises require targeted programmes and services, and specialist support to ease the process of engaging with apprenticeship systems. A one size fits all approach is not able to draw in the willingness and participation of MSMEs to reap the benefits from apprenticeships. Their size, sector, location, resource make-up and business needs are different from larger enterprises requiring dedicated interventions to remove barriers and bring them on board.

Stay tuned for our upcoming blog post where we explore some possible interventions and what they can achieve.

0
The Government of India has taken many steps to increase the ease of doing business, even though there is still more to...
Read more
Articles

0
The Nangal plant of the company in Punjab has signed an agreement with ITI, Nangal, to train youth in 12 trades, Ministry...
Read more
Articles

0
The extent of impact of the lockdown on schools, community and children is very high. India has 1.4 million schools, 2.01 million...
Read more