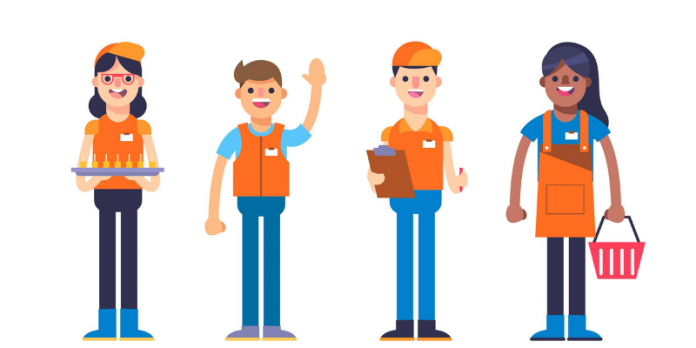 Surajit Roy was till recently heading the Apprenticeship Division at the National Skill Development Corporation (NSDC). He is the harbinger of Apprenticeship in its present form in India. While at the NSDC, he also headed the Education, Sector Skill Council Governance, RPL, and Special Projects verticals. He is a student of Mayo College, Ajmer and a Postgraduate in Social Sciences from St Stephens College Delhi. Having work experience of more than 35 years, he has served both in the govt and the private sector. He is a formal Civil Servant and served the Delhi Govt, and the Andaman & Nicobar Islands Administration for nearly 25 years. He was instrumental in bringing to Delhi almost all the high-end Retail spaces, including the Saket and Vasant Kunj Malls while serving in the Delhi Development Authority. He opted for a Voluntary Retirement in 2007 to join the corporate world. He headed the DLF Homes East & Central India operations and then joined the Ansal API to look after its Rajasthan operations and the Ansal Institute of Technology & Sushant School of Architecture, Gurugram. He returned to the social sector to take the Skill Development & Waste Management initiatives of CREDAI, (Confederation of Real Estate Developers Association of India), before joining NSDC.

While the country is bogged down by COVID, we need to ensure that important initiatives of the Govt. which are critical to India’s development don’t go wrong for reasons which have nothing to do with COVID but due to a larger virus which has become permanently ingrained in our system-lack of coordination between aligned ministries resulting in the roll-out of schemes which do not make an impact on the ground due to inherent design flaws.

And now with COVID, it is imperative to ensure that whatever rolls out is properly thought through, efficiently designed with a sharp focus on effective implementation on the ground as we simply do not have the financial resources or time to experiment. It is in this context that a discussion on higher education and employability of graduates who are its products becomes relevant.

The education world and the apprenticeship world have coexisted in India for nearly 6 decades. The skilled world has also been around for more than 10 years now. And yet the industry says it doesn’t get manpower who they find ready to deploy without incurring expenditure on post recruitment training, Employability for most youngsters after graduation remains an issue what with news of PHDs lining up for jobs of peons. Is there a possible connector, which we have not been able to use effectively, to stitch all of this together?

It is here that apprenticeship becomes relevant. While the signaling value of apprenticeship in this context, is well accepted by the industry as an effective mile training tool which gives the much needed practical exposure to a youngster to not only the machines/processes but also to the concept of a job and company culture, it has become contextual now as apprenticeship seems to be fast becoming a distinct and real possibility on the ground in India. So, if we can get this piece right and use apprenticeship to integrate the education, skill, and the employment world, the issue of employability can be resolved to a large extent and India can well and truly be on its way to becoming the global skill capital.

First a bit about apprenticeship and the changing trends. Put simply, apprenticeship is a formal on the job exposure for a student to the shop/office floor of a company (OJT). This helps her/him to be fully skilled and trained, ready to be employed by a company. Unlike in some of the developed economies in Europe, apprenticeship in India till very recently had not really taken off despite the law mandating industry to engage apprentices on its shop floors since 1961. The main reason for this was that the industry found provisions of the Apprenticeship Act to be too prescriptive to be able to meet its needs. Comprehensive amendments in the apprenticeship laws have however made apprenticeships in India extremely industry-friendly. Complete discretion has now been given to a company to design its own courses.

As more and more companies are taking note, the impact of the reforms is beginning to be felt. The number of apprenticeship contracts crossed 3 lakhs in 2019-20 up by 50% from CFY 2018-19, (as compared to 17-18% year on year growth in the previous years). A report recently released by DFID through Dalberg substantiates that the industry feels the programme is well crafted and works on the ground. 67% of employers surveyed in the report saw net value in apprenticeship; Lower recruitment costs, better long-term performance, and significant productivity gains were rated as the top 3 benefits by employers.

There are two ways in which Apprenticeship can pan out in India as far as the supply side is concerned-(i) dropouts from school/college can be channelized into apprenticeship through a basic classroom/lab training course under the apprenticeship law and then taken to the shop floor of companies for on the job exposure and (ii) by embedding apprenticeship in the degree courses itself. It is this second part that is relevant here.

There has been some effort in the past to link higher education with apprenticeship but this was/is restricted to only engineering graduates and ITI diploma holders. Further, this has been almost always after graduation and limited to only the govt. notified job roles. Non-engineering students pursuing graduation get no apprenticeship exposure, except in B.Voc. courses but in these too the industry connect remains weak. This is mainly because the programme structure is not realistic -there is a wide gap between the skill sets of students and those required by the industry. As per the present B.Voc course structure, a student needs to cover job roles at 4 different levels of the National Standards Qualification Framework,(NSQF), during the 3-year degree course, (level 4 to level 7 courses), which in common parlance means, ranging from job roles applicable to freshers (level 4 & 5) to those applicable to middle management, (level 6 & 7). Some of the level 6 & 7 courses actually even prescribe industry experience to register. But in reality, the industry is looking for well-rounded youngsters trained in a bouquet of aligned job roles all at beginner level and not those relevant to supervisors. The aspirational level of students and the position in which they get employment after graduation, therefore, do not match. It is not surprising, therefore, that they are hugely disappointed when after graduating, they are offered jobs at the beginner level only (ie in level 4 or level 5 equivalent job roles). Also, the industry needs to be consulted on the formatting for the programme-the industry may prefer that the apprenticeship portion for all the 4 sets of job roles can be taken up in the last two semesters and not in short instalments after the theory portion of each job role is covered in college.

The importance of a formal apprenticeship exposure for students has also not been understood properly by the entire eco system-it is not surprising therefore that apprenticeship has been clubbed loosely & used interchangeably with concepts like internships, practical training etc., in the B.Voc Guidelines. Internships etc., are not at par with a formal apprenticeship arrangement and do not really make the student employable in an industry.

For these reasons apprenticeship embedded courses have been slow to take off though the fundamental thinking behind linking apprenticeship with higher education is sound. During 2018-19 a fresh look was given to this jointly by Ministry of HRD (dealing with Higher Education), & Ministry of Skill Development (dealing with Skilling & Apprenticeship), and, as a small step forward a few popular apprenticeship job roles were identified in which non-engineering graduates could join as apprentices immediately after completing their graduation; the idea was to channelize those students who do not get a job after passing out into apprenticeship.

About 125 job roles across 10 sectors were identified. In parallel, about 10 degree programmes were designed having only sets of NSQF level 4 & 5 aligned job roles that were relevant to freshers in a sector-say for the retail industry degree programme a student needed to go through job roles related to customer relations, merchandising, inventory management and accounts. All of this even saw some traction on ground and 20 colleges rolled out courses with about 1000 students. But as is often the case, this effort was knee jerk. It needed regular communication between the two ministries and given time to mature. But the two soon went back to working in their cyloes. As a result, there was no progress on this during 2019-20.

Now with the govt. announcing that 150 apprenticeship embedded degree courses are to be introduced in the colleges from by May 2021, it is absolutely essential that the two ministries work together to restructure the BVoc programme taking into consideration the expectations of the industry. But the UGC, (under MHRD), has rushed ahead and invited applications from colleges for BVoc courses based on the earlier structure, (level 4 to 7 courses in each degree). Further,no thinking has gone into introducing apprenticeship embedded courses outside BVoc, like in BBA, BMS, and also in BA/BSC/BCom (professional courses). And, the last date for applications is 9th July 2020 as officers seem to be in a rush to “tick” compliance. This date needs to be extended to atleast the 31st of August as any case nothing is going to happen till October or so due to disruptions caused by COVIDA. There is absolutely no need to rush this when we all know that a flawed concept is bound to result in failure, with a few more crores of the Govt. being wasted during times of scarcity, with no benefit on ground to either the student or the industry.